Welcome back for another round up for The Environment This Month. Can you believe the year is over? Oh, and what a year! I don’t think this one will be missed. Sure it wasn’t all that bad, and there has got to be someone who had a good one out there. Here’s hoping that things improve exponentially in 2017, despite the outlook. Let’s dig into the environmental news that filled out this month…

Not all that happens during an environmental upheaval is bad, per se. It’s the overall results of Global Warming that will be dangerous to all life on this planet. While some might think that this is great news, scientists can see the die-off coming in other areas of the globe. Yes, this does give them an opportunity to study some news ground, but is the cost worth it? Of course not. 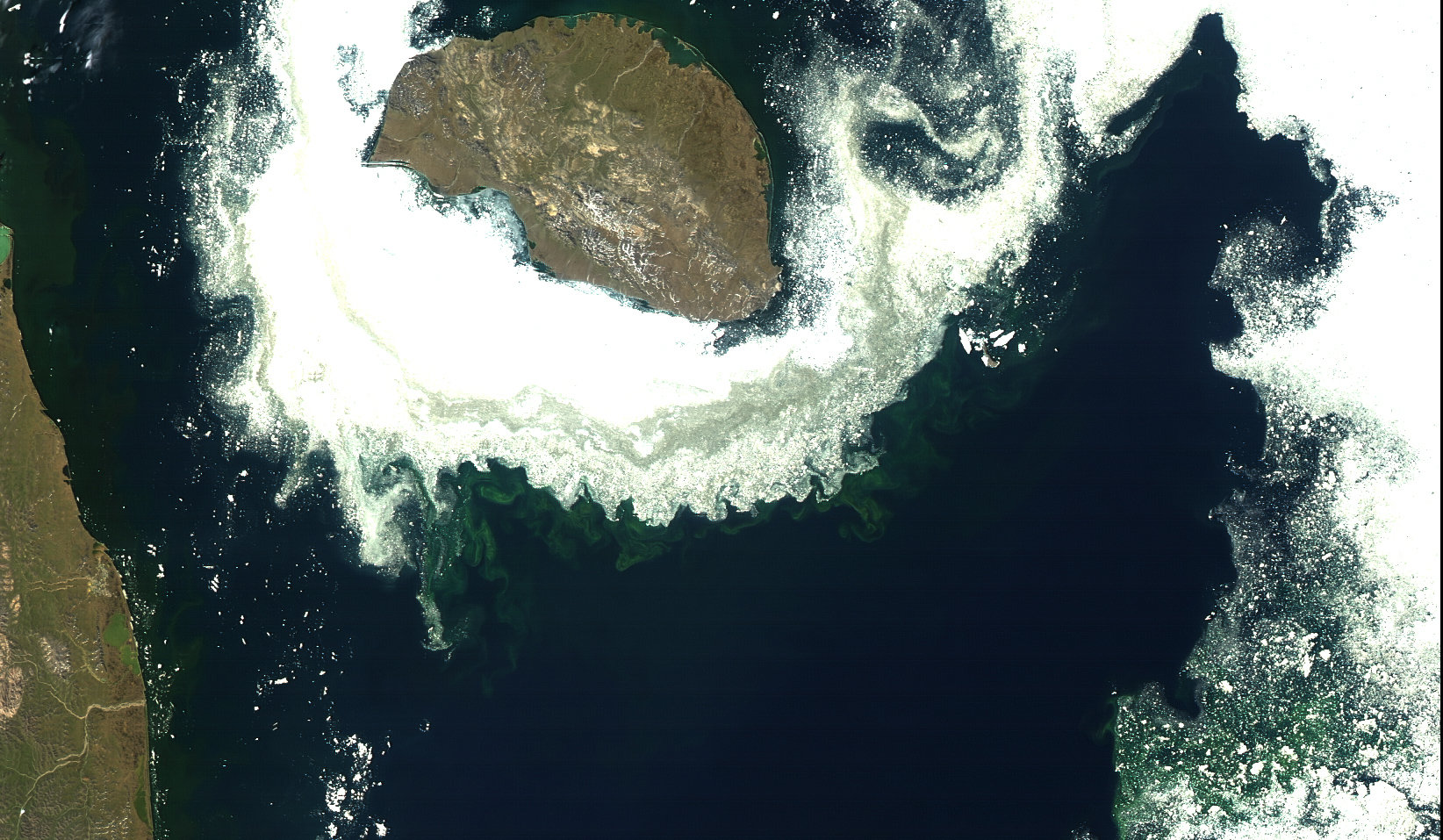 The annual production of algae, the base of the food web, increased an estimated 47 percent between 1997 and 2015, and the Arctic Ocean is greening up earlier each year.

Several months ago, I wrote about the huge space pollution problem that humanity has caused via the space race. You’ll be glad to know that companies are vying for a spot to play cleaners. It’s going to be a lucrative business for them. This article highlights some of the aspects of such an undertaking, and, yes, environmental impact will be a concern. 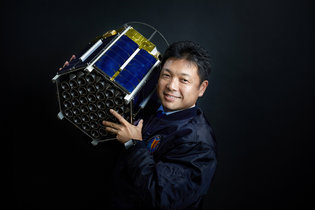 A start-up company called Astroscale is dedicated to cleaning up some of humanity’s hardest-to-reach rubbish, and its plans include a small satellite with an adhesive glue.

Speaking of space and climate change…Weather is going to get mighty touchy as we continue to careen forward with little action on Climate Change. Technology is responding with more powerful satellites to study and predict weather. Check out this article on the newest from Science… (It’s always fun to watch a launch, anyway!) A powerful new satellite that will provide the best-ever looks at storms and other severe weather has taken to the skies.

Very early this month, we witnessed the success of protesters in North Dakota, winning the Army’s support. 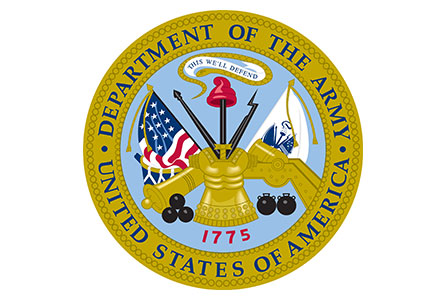 Army will not grant easement for Dakota Access Pipeline crossing

The refusal to grant an easement, however, isn’t the end of the fight.

Don’t celebrate the death of the “Black Snake” just yet? Some call this Washington code for a political decision…Critics are now saying that the action of denying the permits to Enbridge until January 21st, is simply inaction – intended to delay a decision in this matter until President Obama is out of office.

While we still have work to do on this matter, the efforts are making waves in other parts of the country… 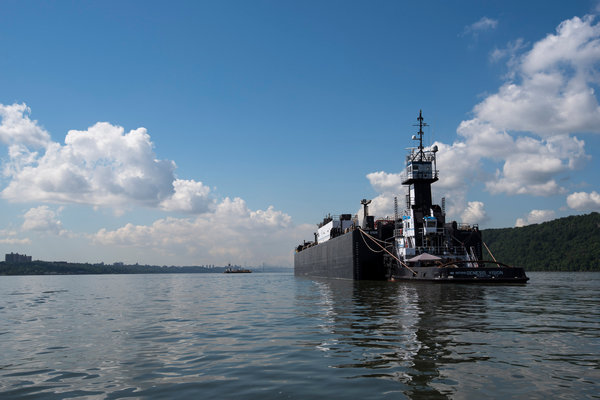 Concerns about spills should be reason enough to reject a proposal to create 10 anchorage sites along the river for crude oil barges.

No Parking on the Hudson – NYTimes.com

And let’s not forget that in Indian Country, there are other issues still being dealt with. Pipes are not the only threat to their lands and our collective environments (including water and air). 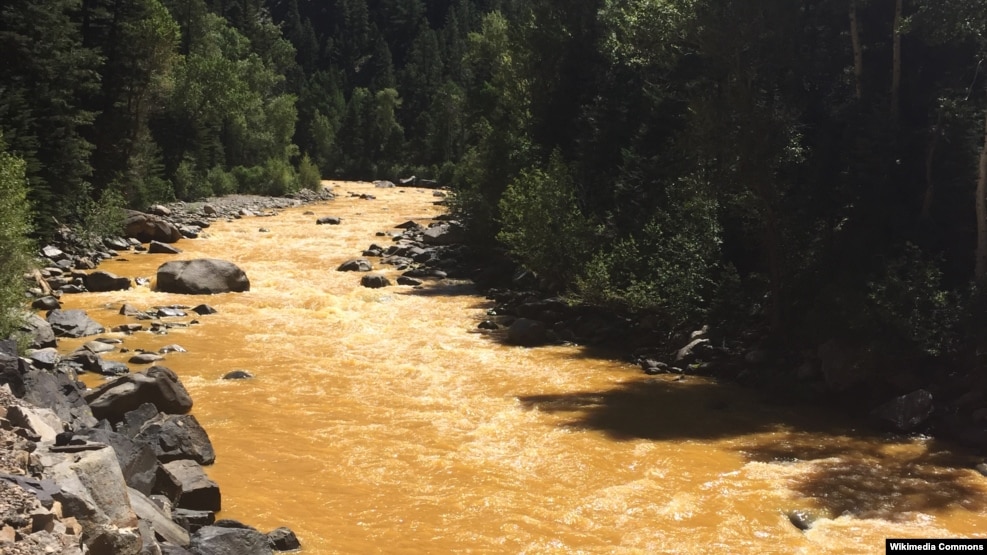 Keep fighting the good fight, in other words. We’re seeing a tangible shift in opinion regarding fossil fuels. But, getting proud too early and laying down our swords could have negative effects. The push must continue. Be sure to do all you can to purchase renewables in your area and show with your wallet what you, as a consumer, are willing to buy. The consequences of dereliction are already upon us… To add insult to injury, environmental leaders are trying to figure out how to protect the planet from one big mistake: Trump. It seems the president elect has excelled at turning his back on his campaign promises, namely draining the swamp. Did anyone really believe that he was going to do that? Then, how the hell is anyone surprised? Yet, here we are, unprepared and reeling from shock. You’d think by now, after decades of struggle, we’d have better plans in place to meet such developments. The truth is, the environment hasn’t been handed many breaks under left wing leadership either.

An interesting development in climate change has come out of Norway. Reindeer are shrinking. It makes sense. When resources become limited, species will evolve to survive. One of those ways is shrinking. When there is plenty, they grow larger. Check out the findings here:

Bad news for Santa’s sleigh: Reindeer are getting smaller. As temperatures inch up, winters are getting warmer in Norway, where Svalbard reindeer (Rangifer tarandus platyrhynchus) live. Instead of being able to brush aside the snow that covers the grasses, lichens, and mosses they eat during the 8-month-long chill, the animals’ diet is locked away under a layer of ice when warming temperatures cause rain to fall on existing snow cover, freezing it solid. To see exactly how these conditions affect the reindeer, a team of researchers captured and weighed 135 of the animals on average every year in April from 1994 to 2015

Reindeer are shrinking, because of warmer arctic temperatures | Science | AAAS

And if you don’t believe me that it’s happening… 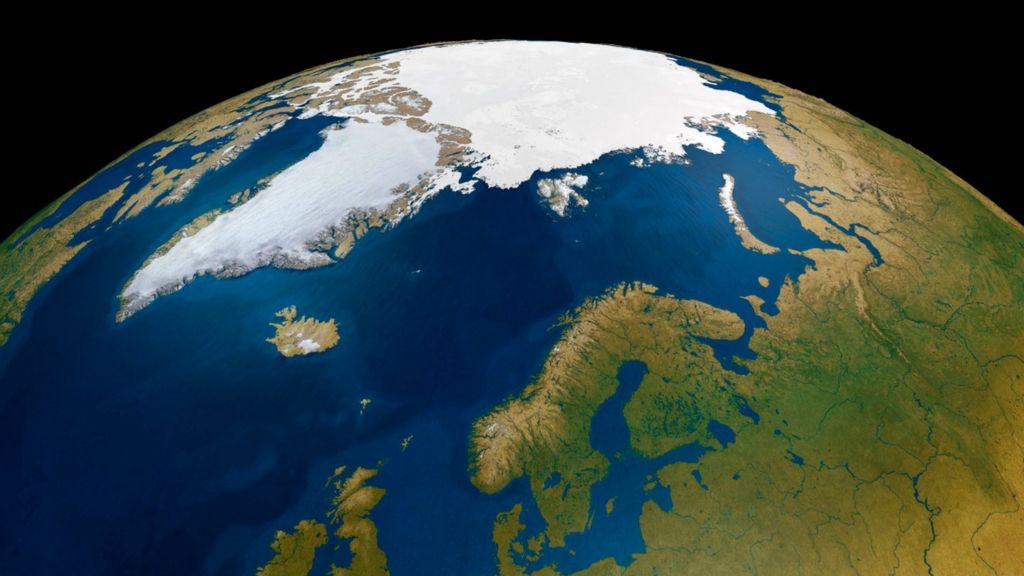 Temperatures at the North Pole could be up to 20 degrees higher than average this Christmas Eve.

A New Jersey town has filed a $1.1 billion lawsuit against DuPont, alleging the company spun off the Chambers Works facility to avoid environmental cleanup costs that could exceed a billion dollars…Chambers Work facility at the heart of the lawsuit is now owned and operated by Chemours.

N.J. town files $1B lawsuit against DuPont for environmental cleanup

Welcome back for another round up for The Environment This Month. I’ve already heard in October that the Farmer’s Almanac is predicting a snowy winter. That’s going to make the old commute a nuisance! When winter sets in, we’re inevitably inundated with statements like so much for global warming, by those who don’t understand the premise of climate change. Hopefully this news round up has given you sources to combat that dangerous thinking. So, let’s get started on this month.

Who can’t get behind savings? What if it were both health and financial? All the more reason to go green! A study released this month by the American Lung Association finds that, while a gallon of regular gas now averages around $2.22 nationwide, that price does not reflect about $1.15 in healthcare and other costs imposed on taxpayers, healthcare consumers, and businesses when it is used.

This next item came up at the end of last month, too.  It’s not something that can be ignored. Public attention will be onto the next thing by the time this blog post hits, so it’s my way to help keep an eye on the issue presented. We can’t afford to move onto the next thing. Read the latest business news, real estate, financial markets and personal finance in BC and Canada. Use financial tools and get daily business advice.

One more for the catch up… The countries that decide the fate of Antarctica’s waters reached an historic agreement on Friday to create the world’s largest marine protected area in the ocean next to the frozen continent.

Technological advances have created some of the biggest headaches for humanity. For instance, nuclear power and weaponization. Star Trek and other science fiction stories have explored the dangers of bizarre and seeming blessings that we develop. Sometimes the fall out is minuscule, not worth mentioning, and we marvel at the advancements the fictional worlds enjoy. Then, there are times the advancement becomes a nightmare, like the combustion engine and its contribution to global warming. There is no denying how the engine has helped humanity, but there is also no denying that the exhaust has become a great big problem. So, when I see articles like the following, I read them with the wonder of what good and what bad will come of such advances, and are we wise enough to be meddling so.

MIT engineers embedded the leaves of the spinach plant with carbon nanotubes to detect explosives that are hidden in the soil. How does plant nanobionics work?

While the world was distracted by U.S. elections and the dangers the American government is posing to the rest of the world, leaders in Paris accomplished a step toward mitigating further damage by our negligence to act appropriately to global warming. The Paris Agreement to combat climate change became international law on Friday — a landmark deal about tackling global warming amid growing fears that the world is becoming hotter even faster than scientists expected.

Unfortunately, I will have to cover this here, even if we’re all exhausted about the topic, but it is relevant and it will not be going away any time soon. Thanks, DNC!

This renewed threat to our environment by anti-science conservatives is something we’ll need to become vigilant about. President-elect Donald Trump has chosen a well-known climate skeptic to oversee the transition of the country’s Environmental Protection Agency. The Republican Party has pledged to shut down the regulatory entity.

Meanwhile, China is taking environmental issues far more seriously than the west expected. Did we move to bizzaro world? China has called more than 1,500 government officials to account for recent major environmental problems across three provinces. The move came after recent inspections found insufficient implementation of pollution control efforts, the environmental ministry said, according to Reuters. The Ministry of Environmental Protection said late on Tuesday that it had received feedback from inspection teams dispatched to Heilongjiang, Henan and Jiangsu provinces, the first group among eight regions the government plans to check.

China punishes 1,500 officials for failing on environmental problems | The Independent