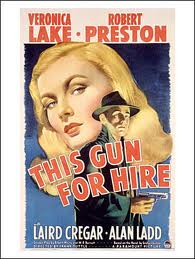 This Gun for Hire, Novel by Graham Greene, Film by Frank Tuttle

Graham Greene has become one of my favorite authors because of one book: This Gun For Hire. I haven’t had the time with graduate school and writing a trilogy and new additions of my other two books being produced to read more. I want to read more, and you will too. I suggest watching both the film and reading the book, they’re different in enough ways that you’ll enjoy it. Read first. Watch first. Whatever you prefer.

I read this book to get my head in shape for writing OP-DEC: Operation Deceit. I had chosen the film for an important aspect of the narrative, something that haunts each step and I have never regretted the choice.

My review of This Gun for Hire: the Transformation from Fiction to Film. 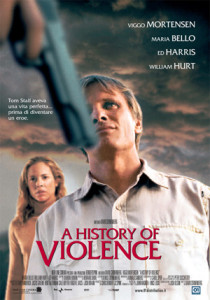 A History of Violence, Film by David Cronenberg, Novel by John Wagner and Vince Locke

In reviewing the film A History of Violence (2003), questions around the adaptation process often arise. For example, is it easier to adapt a work that is largely in picture format, and much like the cinematic tool the story board? What are the pitfalls faced by filmmakers in bringing such a work to the screen? Is there any value in exploring such texts? In the following pages, these questions and others will be explored, taking a closer look at the adaptation of graphic novels, such as the Vincent Locke and John Wagner piece that David Cronenberg adapted. From this, a look at the rise in cultural prominence that such adaptations give to comics will also be reviewed.

Firstly, it is necessary to understand that graphic novel is a fancier way of saying comic book, in an effort to qualify the work as suitable for scholarly examination (Schwarz, 58). The graphic novel is also closely associated with the Asian manga. Much like comic strips and comic books, the graphic novel has struggled for respect in the academic world, seeking a status alongside great works of literature (Baetens, 95). Thanks to burgeoning cultural studies at universities and other intellectual strong holds around the world, acceptance of cultural art and similar expressions experience greater respect. As a result, many universities currently have a faculty member who is “up on” the graphic novel and comic book scene, and may teach the media format in his or her classroom.

Acceptance is still a problem, however. The wavering respect afforded those expressions categorized as graphic novel is in part due to the fact that “the field of cultural production is a site of struggle and of power disparities” (Beaty, 322). The graphic novel is quite new in the tableau of human cultural history and “anything new often faces resistance, especially if it is part of popular culture” (Schwarz, 63). Resistance is a key issue for many art forms ….

Read the entire review at: Of Graphic Novels and Adaptations: A History of Violence.

In the meantime, enjoy this free read about The Psychology and History of Film Noir: Film Noir as Genre to the Present Day …

Noir is one of the most compelling film forms in the cinematic repertoire. Part of its allure lies in the darkness of the image, both subject and lighting. Additionally, noir is rich in symbolism and meaning, one of the best styles for the application of psychoanalytic theories, noir reveals the mind of the time it is made in and the minds of those who made and still make these types of film, including the culture and people associated with the filmmakers. To put it simply, once the surface is scratched, noir offers a deep well of thought provoking possibilities.

Theorists who appreciate the importance of those films considered illustrative of Film noir find a vast and rich landscape to explore. However, there is a struggle that remains to this day in defining just what noir is. The lack of definition has become a hallmark of this film form. Many theorists agree with James Naremore who stated: “nobody is sure whether the films in question constitute a period, a genre, a cycle, a style, or simply a phenomenon” (Naremore, 12). Marc Vernet explains the difficulty in nailing down a set definition, “The closer the object is approached, the more diluted it becomes,” echoing the psychoanalytic concept of the beloved object (Copjec, 4).

For some noir is not a definable genre, but an anti-genre, mirroring the quintessential anti-hero that populates its shadowy scenes (Naremore, 20). Wrought with “doomed characters who become obsessed with bewitching women,” (Hirsch, 2) noir was born sometime during the early 1940s. The period before and during World War II is remembered as “a complex, ambiguous, even contradictory world, but most of all, as a troubled world,” (Kleinegger, 129). These turbulent times were ripe fruit for inspiration that allowed noir to come into existence. For example, Wheeler Winston Dixon describes noir as reflecting a new perspective or sentiment symptomatic of the period: “Defiant fatalism was something new…a sense that there was a point where even bothering to continue to exist was more of a problem than it was worth” (Dixon, 25). Dixon’s statement is depressing, but reveals a great deal of what the filmmakers and members of the American culture faced at the time. Art is often an exhibit of cultural mood, or attitude. The emotions and stories contained in Film Noir features are sophisticated compared to this simple summary, often jumbled and knotted up inside of the narrative (Hirsch, 17, 74-75). To say that the American public was depressed barely describes the tones of the age.

The 1940s were “a period when psychoanalysis was just coming into vogue” for Western culture (Dixon, 30). It was a period that produced a great many new ideas, all products of the decade’s turbulence, and former decade’s lessons. Film of the period can be seen as an evolution of styles, a response to cultural shifts and the expanding knowledge of the populace. For instance, “the public’s distrust of conventional authority figures…coupled with a fear of their own internal mental landscape” made noir a prominent cultural discourse (Dixon, 31). The decade of the 1940s was full of people who survived the Great Depression and the Great World War nearly two decades before. In the United States, cynicism toward authority and the American Dream was the result. Just as the emotional temperature of the nation was made by multiple facets of experience, Film noir crossed genres and styles. The ability of Noir styled films to cross genres was important to the business of Hollywood, and though they did not consider it a genre, they knew of the potential of such films to bring in the desired box office take (Copjec, 131). Banking on the historically burdened mindset of the American consumer paid off.

In the following pages, a closer definition of Film Noir will be attempted, and the struggle with this elusive form will be explored. An examination of those details particular to the Film noir will be undertaken in an effort to decide if noir is a style or genre from a long gone time period, or one that continues in current film. History (both political and cinematic) and psychology will play an integral part in making these determinations. History inevitably sets the cultural backdrop, often cluing the viewer of film into the attitudes and ideas flowing through the period in which a film is made. In addition, psychology provides the means to interpret the noir images on screen, and to seek out the similarities among them to determine that they do create a genre and also exist to this day. Read More 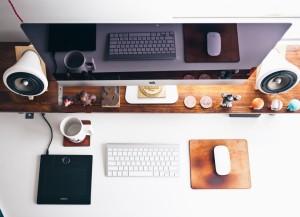 I’m so excited that you’re interested in contributing to The Blue Honor Blog! Please read the Submission Guidelines carefully.

Guest bloggers should submit final works for publication. I reserve the right to do editing for clarity and grammar. If using pictures (I will select pictures if none are submitted, or I find the images out of context and/or offensive), please link the source of the photo at the end of the article (it’s best to use free image sources so you don’t have to wait around for artist permissions and miss your chance – try Pixabay and Unsplash) and permission proof from artist. Your article should be no more than 1 – 2 pages (500-700 words?) in length. It should be coherent and informative. It is considered a news item and will adhere to the ethics and standards of the blog. Excessive profanity will be edited out, or cause a rejection of the piece, but feel free to use some as appropriate. Submissions need to appeal to a large audience.

APA Style should be used in citations, though I’m not a stickler on the formatting of your citations, just be sure to cite when quoting text directly, otherwise it’s plagiarism–maintain your integrity at all times. It’s a fun blog, but professional.

If you know of someone who would love to contribute, don’t hesitate to let them know about the blog. How do you get in touch with me? Use my contact form. Please subscribe to the blog to improve your chances. Suggestions for features can also be submitted via the contact form.

If you’re are rejected, accepted, edited, altered or ignored – no flaming me, other bloggers, or artists. Maintaining civility is a must in this profession. You don’t want to burn bridges, or get a reputation for being too difficult to work with. After all, this is about you speaking to the world and letting them know you’re out there. We both want that to be a good experience.

If your piece is accepted, you may republish it anywhere you wish from the blog post page. I appreciate links to my blog on your sites and pages. I retain the right to republish (share) the work on social media, my website, deviantArt and other venues giving the author full credit.

I am not responsible for revenue lost/gained from this agreement. There is no payment for blog submissions currently. I am not being paid to run the site or edit work.

Guest blogs appear weekly on Wednesdays. Include a photo of yourself and a short bio (about 2-3 lines) with links to your website and/or books.