Welcome back for another round up for The Environment This Month. Halfway through the year and our prospects are not getting better politically, anyway. 45 has proceeded to dismantle environmental protections that will cause harm for decades to come. The next president is not guaranteed to be a liberal, nor would that even guarantee something be done to reintroduce these rules and laws. If you’ve been paying attention for the past few decades, Democrats have only ever made it obvious. They ignore the majority of what has been done against us and continue on, putting band-aids over the most visible wounds. They desperately need to get their act together, or admit that they’re the other half of a corrupt orchestra playing us on to hell. Donald Trump’s decision to withdraw the US from the Paris climate deal may have followed months of anguished division amongst his closest advisers, but his administration has proceeded with quiet efficiency in its dismantling of other major environmental policies.

McDonald’s used to be a delight for me as a child. Sometime in my teens and twenties it fell out of favor, and no just with myself. The final straw for me was the support of Fox News being played in their restaurants (as demanded by their CEO). There was something else they did that blatantly supported the GOP, so this station declaration was the final straw. Not only was their food a disgusting shadow of what it had once been, but the company was playing politics. There’s no need to give them my money and encourage this bad business behavior. Over the years following, their business has declined sharply and they’re struggling to figure out what works with the public. Instead of serving what they serve with solid ingredients, they choose to try gimmicks and dig in elsewhere. Advertising and McRibs are not going to save them. Now, they’re getting into hot water with the styrofoam cups most other food providers have dropped years ago. It’s like they’re not even trying! Or, more likely, they feel empowered to give no shits because of 45 and his myopic actions. McDonald’s appears to be backsliding on its assurance to use more environmentally friendly packaging.

One thing that often keeps people away from activism is the great danger they could find themselves in while trying to protect a resource. Unfortunately, there is a sector of society who is just fine with this, and lean on violence in order to keep activists to a minimum. Sadly, this prolongs a fight that doesn’t need to be prolonged, and the loss of time further impacts the situation.

At least 200 land and environmental activists were slain in 2016 protecting forests, rivers and land from mining, logging and agricultural companies, the highest annual number on record, a watchdog group said Thursday.

India’s main environmental agency Thursday banned the dumping of any kind of waste within 500 meters (yards) of the most polluted parts of the Ganges, a river considered sacred by devout Hindus. Hundreds of millions of people in China have in recent years turned to religions like Taoism, Buddhism, Christianity and Islam, seeking a sense of purpose and an escape from China’s consumerist culture…Now the nation’s religious revival is helping fuel an environmental awakening.

And while we’re travelling, let’s take a really big journey to the Moon. Yes, the Moon. I’m sad to say, they’re making plans to mine our lovely satellite, which will change the night skyline forever, I am sure. Our naked next door neighbor will no doubt be sparkling with twinkling lights from operations doting it’s globe. And, I am sure there will be no protections for this important orb. Corporations will rape the riches and only care about the profits coming their way, not the damage, nor the changes it could cause our planet.

Private spaceflight company Moon Express unveiled its grand plans to build a robotic outpost on the South Pole of the Moon as early as 2020. To do this, the Florida-based company wants to create a new class of spacecraft, called the MX Robotic Explorers, to land and deliver payloads to the lunar surface. The ultimate goal is to have permanent robots on the Moon that can mine the pole for water and minerals — resources that can then be sold for profit.

To mine the Moon, private company Moon Express plans to build a fleet of robotic landers – The Verge

Let’s come back to Earth and immediate issues. (But don’t forget to keep an eye on this unfolding issue. It’s far better to stop things at inception, than to let them become too big to fail, and find with much regret that we cannot wrestle it down)… 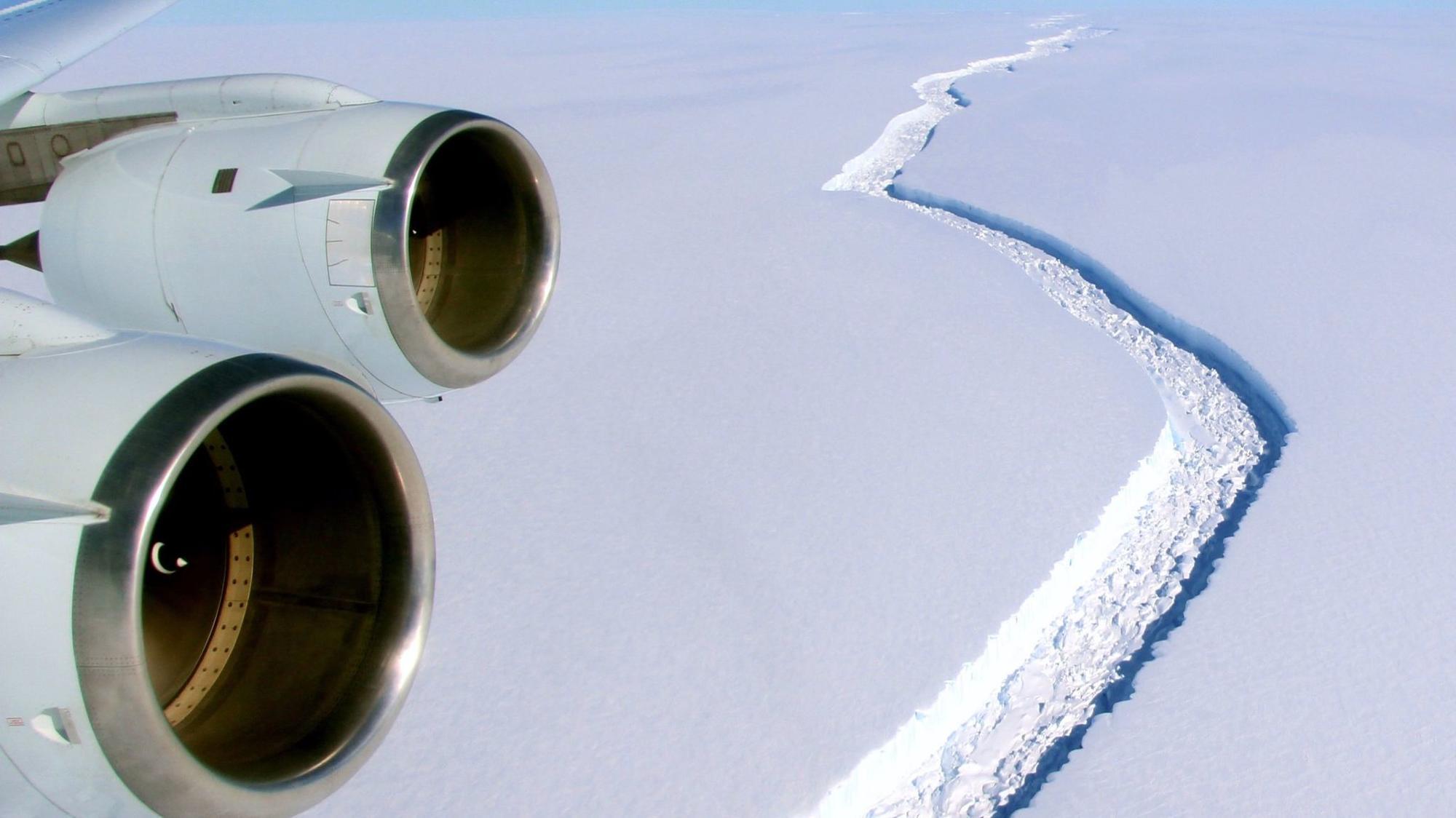 The iceberg, one of the largest on record, poses no immediate threat to sea levels. But scientists say the break may have altered the profile of Antartica for decades to come.

Despite being declared all but dead, and that the bleaching, at this time, will not reverse, the Great Barrier Reef is not finding relief from the humans causing it’s demise…