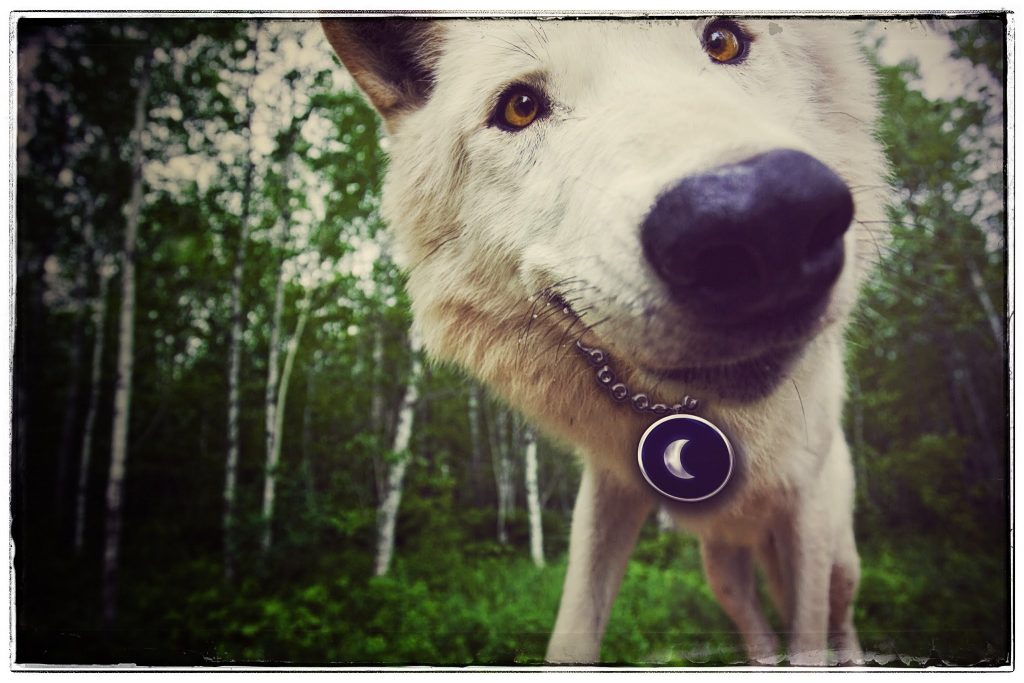 Draco Argus is one of the most iconic figures in the series. One of the first characters you meet, he is present through a great deal of the narrative, usually attached at the hip to his commander, Captain Maiel. The draco is a loyal and skilled soldier in Zion’s armies.

Argus is a descendant of Chiron, an arctic wolf and the leader of Primus Gediel’s battallion of canids. His mother is Imnek, the alpha female of the canids. As a pup, Argus was assigned to Maiel prior to her ascendancy to the rank of captain. The pair bonded quickly and tightly, so much so that Argus and his squad, or pack, live with the captain in her home. Argus’s mate, Shee, spends her later pregnancy at Maiel’s home. When she needs the pups looked after, it is Maiel’s family that she trusts with the job before they are moved to their grandparents home for longer term care.

Argus met his mate in the wilds of Elysion while training his pack. Shee was a wild soul living in the area, with no interest in the conflict between the worlds. However, her ketu with Argus soon drew her in. She is now a full member of the squad and boasts her own penannular. Shee is an intuitive being, and an exemplary scout. 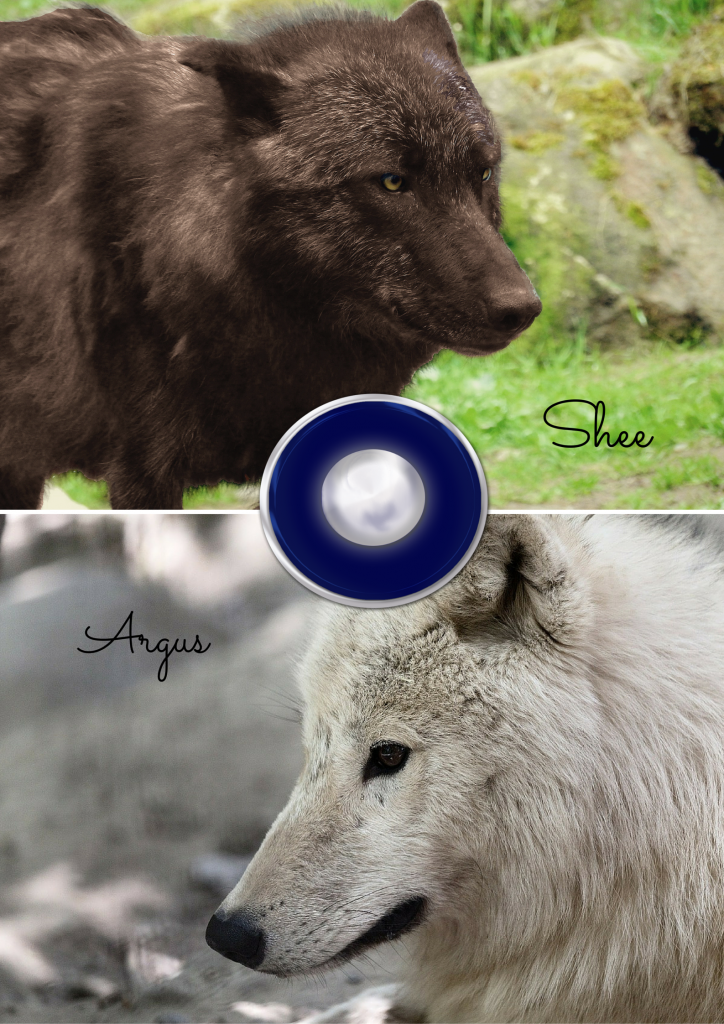 Because of his training and service, Argus does not see much of his parents and the other members of his family. It is not uncommon for service in a military order to draw the members away from their relations, and to replace them with their squads and assigns. This has not altered Argus’s personality in the least. He is still as mischievous as when he was young.

Argus is an accomplished leader and talented trainer. His skills come from his parentage as well as his experience with the famed wolf leader, Primus Gediel. Maiel’s own training and care of him through his youth also had quite the impact on his abilities. This all shows in the loyalty of his legiona and the fluidity with which they work. The rest of the platoon trust their safety to them, and hold them in high esteem.

The following excerpt speaks to the relationship between Captain and Draco:

Maiel followed the left trail furthest from the silver guardians, going around the fountain and continuing up the other side. Eyes followed her the whole way. The others were sure to tell her friend she was there. She only hoped he would be waiting on the western stairs, instead of making her find him in the maze beyond and endure this longer.

Argus followed, with his tongue rolling out of his mouth, trotting light as a feather, completely unaware. Somewhere between Arcadia and here, he too had donned his armor, excited for a fight. She hated to disappoint him, but the armor was only a matter of formality. Perhaps later, Cal or Zaajah would spar with him. She patted his head and encouraged him. He licked her hand, purely happy to be at her side.

“I shall miss you most of all, I think,” Maiel lamented.

“Take him with you,” a familiar voice called down the stairs.

Oriael awaited her at the top, dressed in the silver uniform of his regiment. His dark hair was left loose over his shoulders, the dust of gray gone since he left Earth. His double sets of white wings were tucked tightly to his back, always dressed in the plate peculiar to his race. Pallus perched on his brace, looking quite content. She smiled up at him, relieved to see his face, too. He smiled in return, holding his free hand out in welcome. Maiel rushed up the steps and grasped his forearm. He pulled her to him, giving her back a solid pat. – excerpt from The Trailokya Trilogy, Book Two, Burning Down