Things are heating up in the news this month. With Trump backing out of the Paris agreement, many greens are wondering what we can do to mitigate the damage. Already, states in the United States are choosing to go against this ruling and sign on with the accord themselves. I’m proud to be a citizen of a resisting state. But, as that link shows, there are cities and companies also choosing defiance. Among them Elon Musk (Tesla) and other tech businesses.

So what else has happened this month? A recent analysis, led by Guillaume Chapron of Sweden’s Agricultural University, reveals a rising tide of assaults on environmental safeguards worldwide. If nothing else, it illustrates the sheer range and creativity of tactics used by those who seek to profit at the expense of nature.

Around the World, Environmental Laws Are Under Attack in All Sorts of Ways | Best Countries | US News

Came across this in my Facebook newsfeed. I thought it was majorly interesting. If they pull this off, I think China will find themselves on the right side of history fairly quickly. Imagine all their pollution cares taken care of, along with the immense energy demands. China is really making moves to surpass all other nations on the planet. Their long and complicated history should have been a lesson in knowing they were a serious contender all along Is there no end to the faux pas 45’s administration commits? Perhaps that is the thing that will save us, but I have little hope at this point. Let’s face it, they love to bait our interest with murmurs of impeachment, but I that’s not coming. You need a Democratic majority in the House to accomplish it. Although the right wing is thoroughly embarrassed by these people, they think it’s great how they’re whipping up the base and destroying democratic accomplishments, namely Obama’s. Yup, they’re willing to destroy the world to erase liberal legislation and policy. That, my friends, is inexcusable sociopathology. Their voters are waking up to it, but the die-hards are hanging in there, actually amused. Some men just want to watch the world burn. 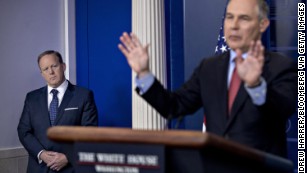 I can’t say that anything during this administration has made me happier than to hear that a judge somewhere is standing up for what is right. A number of times, we’ve been blessed to witness this. I hope they will continue to do so. They are all that stands between us and tyranny at this point. Also important are movements against vile practices. The Water Protectors are a lesson to us all, with their fortitude and focus. Without them, this would be a moot point. If we don’t speak up, and do so peacefully, judges who stand between us and tyranny won’t be aware there is a problem. You have to speak up or you will be ground under by corporate juggernauts. In a setback for the Trump administration’s drive to ramp up fossil fuel development, and a tentative victory for the Standing Rock Sioux tribe, a federal judge on Wednesday ordered an expanded environmental review of the Dakota Access pipeline.

This is a great example of what will happen when oversight is rolled back. In fact, without watchdogs and real journalists, this story would probably have never come out. Corporations are willing to poison their customers, so long as they’re paying and making them a profit. Most of what is done won’t be apparent for many years to come, so they feel they can’t possibly be caught. Once in a while information might leak, but for the most part, they’re right. Poisonings like this won’t become apparent for a while, or they’re not traceable to the source. It should make anyone angry that a company is willing to poison infants and children. Yet, the rightwing is full of those calling for deregulation and insisting that such things will take care of themselves on the free market. Thus, they are also willing to let children suffer and/or die (not their own of course, then they’re actually outraged and want justice). On the up, California is producing enough solar energy to sustain the state and then some. Also, their long held right to set their own air quality standards is being used against Trump’s destructive actions. When that federal air pollution law was drafted, smog so choked Los Angeles that California asked Congress and its one-time senator, then President Richard Nixon, to carve out room for the state to set even more stringent air-pollution rules for automobiles than was dictated by federal policy.

But the law simply allows such an exemption to be granted by the federal government — it doesn’t guarantee it. During his confirmation hearing in January, Pruitt suggested that that waiver may come under review.

The Energy 202: California scores its first big environmental victory of the Trump era – The Washington Post