Or, in the alternative, you can post about how you research.

I definitely want to talk about the research I’ve done for my books. Which one do I choose? That’s so hard because each of my books was heavily researched. Each can teach other authors some new tricks. I find them all exciting. 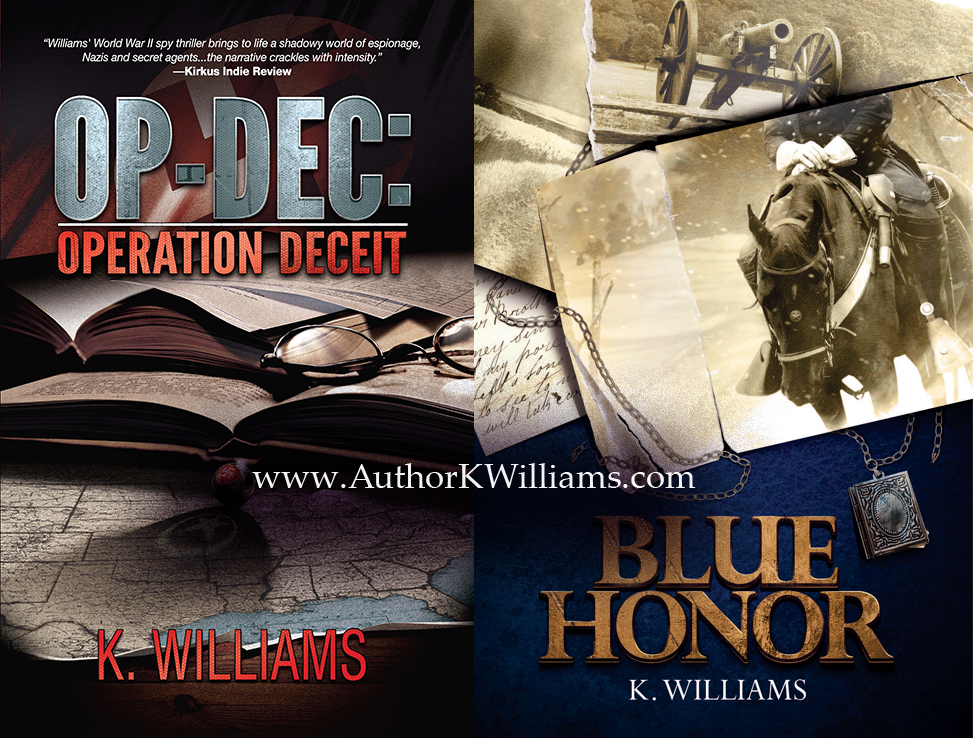 was my first book, and I spent a good deal of time researching the American Civil War to bring it together. That research wasn’t just about the political, or military. It extended into the home front and what the people left behind were up to. The novel delves into feminist ideas of the time, such as Women’s Suffrage, abolition and the changing roles of women in the workforce. At it’s heart, it is a marriage between Charles Dickens and Jane Austen. A Victorian novel to its core, fed from my well-spring of knowledge that features heavily in all of these things at the time.

OP-DEC: Operation Deceit, was my second book, which I wrote after a long journey of trying to get my previous work placed with a traditional publisher and coming up short. (The agent I had adored it, as did the editors, but no bites on the line hooked a fish.) Researching OP-DEC was a joyride. It entailed all the things I love: Film Noir, Classic Film, the 1940s, World War II, spies, military history, and so on. If I could have squeezed through the paper into that world, I wouldn’t be here writing this for you today. I gave this book no less attention than I did my first, but because I had learned how to craft and research like a pro, I was much faster.

I spent hours poring over the Third Reich, so immersed that I have a U-Boat Sea Shanty CD from the image disc I purchased to do my work on the submarine scenes. This was also my first foray into writing German. The good news is I have begun studying German in earnest.

OP-DEC also became the focal of my masters studies. But, what I want to talk about today is my prestigious work to date. You might think, of course you think that, you wrote it! I can’t express to anyone, I feel, how very proud I am of my more recent work. It is powerful in its message and its characterization—its everything. 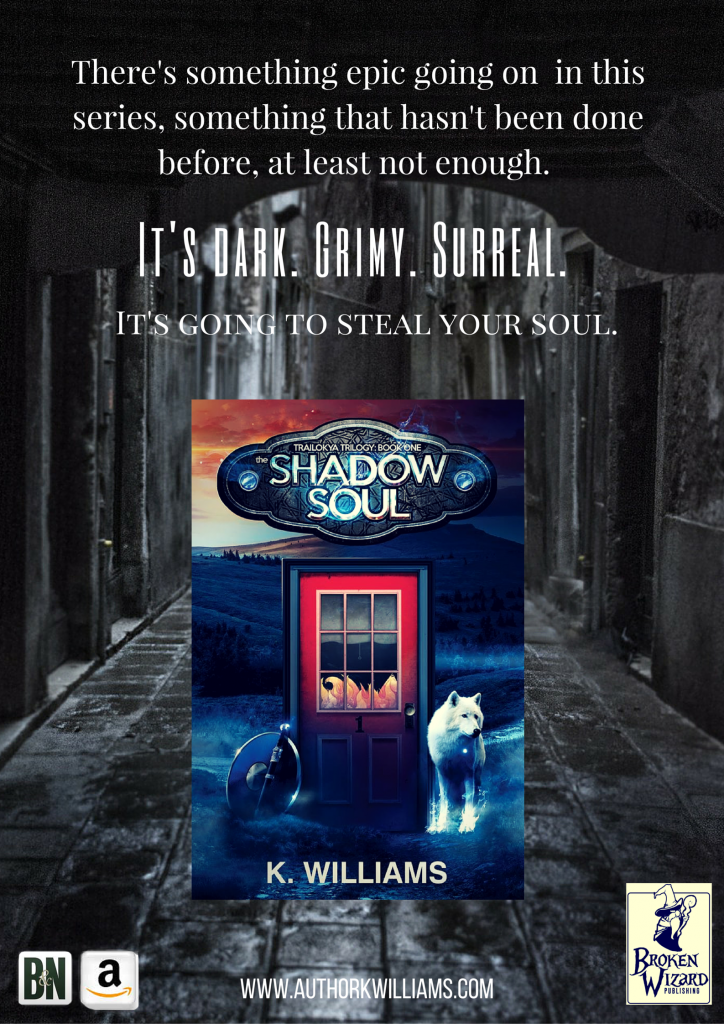 By now, I have probably talked my Trilogy to death, but that is because I don’t think people are hearing me about it. I say things like: There”s something epic going on in this series. It’s dark. Grimy. Surreal. It’s going to steal your soul, but it’s not enough for some reason. People just nod their heads and walk on. I mean it when I say that it’s epic. I mean it when I describe it as gritty. This book is no day walk through a rose garden. Of course you think that, you wrote it! No Seriously! It’s seriously that epic—on par with those books that have been turning heads lately. I mean it.

When Blue Honor first came out, I told people that I did the best I could with the funds I had. It needed better editing than I could afford. Readers would hear me tell them how much I hated it. But, they cam back and told me how much they loved it. So, now, with a great editor and publishing team, why do I find myself so lost when I’m sharing the trilogy? Maybe, because it is so deeply personal to who I am. I want to scream from the rafters how amazeballs these books are, but because they are so much a part of me, I hold back concerned they will be rejected and what I think is so cool really isn’t. But, they’re so freaking cool, I can’t even find a strong enough bunch of words to string together to express it properly (which is horrible for a writer).

The research I undertook to do this work has been going on since I was a child and I didn’t even know it then. I banked all this information: dreams, books, culture and science. In 2005, I sat down and reflected on much of what I had learned to that point, as this story ping ponged through my brain. Armed with the knowledge of several belief systems, history, a science background, a growing experience with research and so much more—I sat down and penned a script that would immortalize my first efforts on the work as Faith Fallen. It was never good enough. Sadly, I didn’t have the time to invest in doing better. Getting feedback was slow.

Partway through my Masters, having learned to professionally research from the best (a Harvard Historian to name one), I put my sights on making the script into a book. Mulling it over, I realized it would need more than one volume. Would it be two or more? Instead of stressing myself out, I started borrowing books and looking through the lists on Amazon for what I needed. Some of the texts delved into occult topics, because my work had to go there if it was going to be true to the vision. I’m not a weak soul, and I am not afraid to look at information that others have deemed taboo.

Without my background in the sciences, the anchors that keep my story grounded wouldn’t be present. That base provided me a the ties to hold my tapestry in place while I wove it together. I wrote out my dreams several years prior to this; all the dreams I could remember that were relevant to the story. I figured out how they fit together only by hindsight. In the midst of having them, they made little sense. Looking back they had a clear narrative despite being out of order. They provided the warp of the tapestry. The culture I grew up in, my work on theology, mythology, cultural iconography, intertext, geekery and history, as well as military history, all provided the thread. 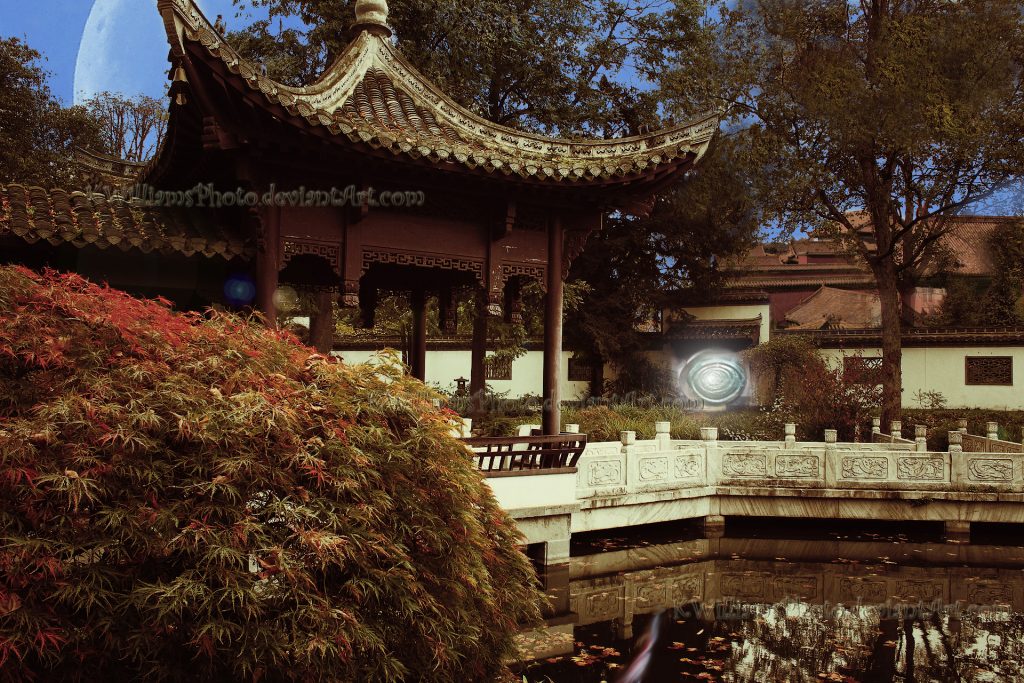 These supplies didn’t come to me all at once. Historically, when a work ceases to write itself, I know that there is a supply missing. Putting that work aside is necessary until that piece arrives. The problem is not always knowing what is missing. For instance, with OP-DEC, research on the Reich’s Chancellery was difficult, but not impossible. I had to find surviving photographs and books written on the demolished building (it was bombed to dust in 1945). In other cases, it might be the right name, characterization, or an idea that sets an important tone in my thoughts and gets me to imagine something that will be integral to the work. How do you cue that? For Trailokya, you wait almost forty years and let it seep into your head little by little until there is an aquifer, and then you plumb that aquifer and watch the magic happen.

And, it was magic. Oh, my freaking God, when I look at these books, I get that giddy going to Disney World jolt in my stomach. I made these! Holding them like a new mother holds her newborn, I could weep, but I am willing to send them off to strangers to be loved although I know no one could possibly hold them as dear as I hold them. These bits of my brain smeared across every page. 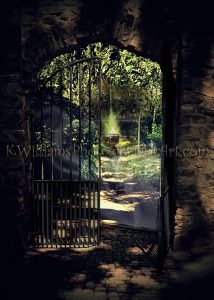 If I had not gone back to school for my Masters, if I had not written my others books, if I was not such a geek, such a history nut, such everything that I am, this work never would have come into existence. It comes from the depths of my soul. The very corners of my own brain ARE on the page. You glimpse into my mind and see the things I see when I dream at night. Literally so, because I also do art to accompany the works, building out the vision even further. Each and every day that I breath, they are growing beyond me, reaching toward an audience I can hardly see yet.

As I near the release of the second book, I am filled with hope that still more readers will discover this series. The interest in films like Inception, shows like Supernatural, books like Alice in Wonderland and games like Diablo all tell me that there is an audience for these books out there. (Dare I mention their Avengers like feel?) Finding these people will be the greatest research I undertake in my journey.

Check out The Trailokya Trilogy, then hop on over to see what the other authors have to say about research. 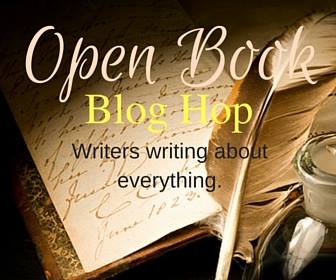