Penannular’s are those fancy brooches worn by Celtic peoples. It would be most familiar as the tartan pin. In Trailokya, this piece of jewelry takes on a military application of both status and functionality that echoes its origins.

One question that readers send me, which shows up a lot, is how to pronounce words from the book. So, let’s start there right off…

Now that we’re clear on how to say it, let’s get into more of what it is. 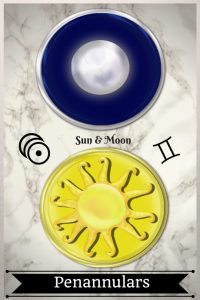 Technology in Trailokya often contains an atman (Aht-man) which is described as an energy at the heart of all things. We each would have one, which is our essential us. If you’re familiar with Buddhism or a practitioner, you’ll know what this is, and my explanation is simplified to help non-students get the concept essential to the story without weighing them down with heavy scripture. In a moment, I will talk a bit more about this part of the device.

Penannulars are simultaneously order medals and legion gear. Each legiona is given one when inducted into their order. Their armor is also fitted at that time. The pieces are one, forged by the smiths in Walhall. It’s important to keep in mind that these characters don’t live in our world, are not human and are not limited by the physics of our dimension. Even when crossing over into this plane, which is called Samsara, the device still works. That is part of the device’s programming, assisted by the power source, an atman.

The atman that is the essential being of every character in the books, doesn’t always create a lifeform as we recognize it: plant, animal. Sometimes, they just remain bright crystals which emanate energy. Why waste that energy that they’re giving off? Giving these smaller critters a job to do gives them a means to evolve, and that is what the duta are always busy trying to do for others. 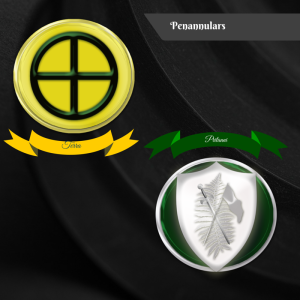 Picture our duta soldier, whatever order you want. The penannular generally rests on the left of the chest, center of the shoulder plane (between neck and the furthest point) and about 1.5-2″ down. To activate the device, they tap it like a Starfleet officer.  The activation releases the nano-tech that makes up the armor and it spills out over the sattva (saht-vha, the true body, not the Samsaran physical bio-vessel). Not all things are formed by the penannular. Legiona carry weapons that are apart. They wear shoes and other garments in addition.

Their main weapon, usually a sword, is part of the device. This can be activated by a separate motion the atman reads, like a reach with the sword hand to the side, as if picking up the sword from the air. Or, it can be activated at the same time, appearing in a sword belt at their side. The atman doesn’t forbid the use of the weapon. However, it’s effectiveness in dispatching an enemy to Oblivion is up to higher powers that are linked in.

That should imply that there is some kind of wireless connection between the device and the home world. It is also connected to its companion legiona. I do not call it telepathic, because that word causes a lot of people to put the

What happens when the atman evolves or is burned out?

Atman do not burn out. They can abandon the penannular, though. When a being is cut down in battle, they revert to the atman (which ceases to express the damaged sattva it’s been projecting). The reversion looks like a crystal, as in the case of one character who goes through this, becoming a purple jewel that another carries back to Zion. Nothing could smash the crystal. They are indestructible.

With such abilities, it is only natural that the atman might choose to leave a penannular. For this to happen, a legiona would have to burn down. Burning down, is the process by which a being chooses the dark over the light as their path forward. To protect itself from this process, a penannular atman will part ways. Indeed, they can just open the device and take off. The residual energy will close it and it will look dark compared to a live device.