So this post might be a smidge late, but, then again, you can make this any time and some still have turkey again for Christmas or other December Holiday dinners. I was speaking with the checkout person at my local grocery store when I was buying my 15lb. turkey a week ago. Cooking a whole turkey isn’t always possible, cost effective, or even what some want. There might just be two of you, and you have no plans of eating FIFTEEN pounds of bird for the next few weeks,  or yanking left over from the freezer for months on end. I don’t mind. This recipe/dinner idea came to me over the summer months and it works every time you get a hankering for turkey dinner. It’s a limited amount of turkey and it won’t overwhelm your freezer and menu forever. Not to mention, you can make a few of the sides you like, or more, or whatever in smaller packs (think muffin tins). Have you ever tried to do sides in a muffin tin? you can take a six cup tin and put two slots of stuffing, two slots of sweet potatoes, two rolls. If you have an eight cup that leaves you two slots for a dessert (like brownies, pie, muffins or cupcakes). Then you would roast your turkey on the side in a bath of turkey broth (so you can have some gravy too). Do your mashed potatoes on the side. 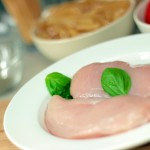 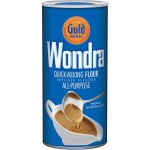 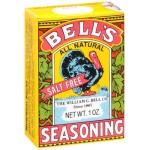 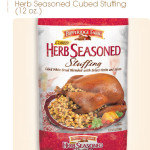 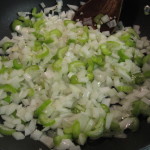 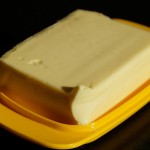 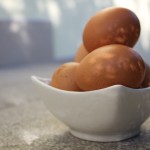 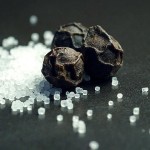 Wash the turkey and set aside.

Chop your celery, garlic and onion. Transfer to fry pan with butter. cook until tender. Remove from heat.

Remove stuffing from oven, place raw turkey breasts on top. Season (with bells, garlic and onion powder, salt and pepper). Place back in oven and cook for an additional 25 minutes.

Mix 1/4 cup of Wondra with enough water to make a thick soup. Slowly stir into boiling turkey stock until it thickens. You may or may not need the whole Wondra mixture.

On the side, you can prep mashed potatoes and vegetables, and even a Berry Mallow Yam Bake (which is a great dish to bring to any holiday pot luck party).

Enjoy, your turkey for two!