History is important, uniforms iconic. However, that doesn’t negate that a lot of people find research and books written about such research VERY boring. Due to the often dry nature of the material, almost all history is sought through other avenues more engaging, such as the arts. This is why the importance of historical accuracy in uniforms IS so important.

Enter Hollywood and New York. Nothing can turn history into sensation better than the big screen or big publisher. That makes room for big errors. What looks good isn’t always what was. the average viewer and reader simply don’t know that, because the authenticity has so easily be swept away. Do they care? Quite a few do. When you break it down for them, even more care.

The reason it matters is that when you chip away at reality, history and eventually conflicts like World War II will be no more than a name, like Carthage, with even fewer who can tell you what and why, but moreover the nuance that gave it meaning. Six million people who paid with their lives deserve better remembrance than that. In fact, that number leaves out accidents on the home front related to munitions and manufacturing for the war effort and and civilians caught up in the clash. While writing OP-DEC: Operation Deceit, I learned more about World War II than I did in any classroom, and I am indebted to the historians and enthusiasts who have spent their lives putting together an accurate account of the conflict that extends beyond dates. Don’t get me wrong, dates are wonderful pieces of information, but they’re not worth memorizing compared to the information I picked regarding the smaller details.

Whether Axis or Ally, accurate portrayals of the participants are crucial to retaining a historical record. Unfortunately, from birth the modern citizen is inundated with erroneous accounts of so-called history, thanks to poorly done research in popular books and movies. In those cases, the war is providing merely scenery. Do what you will, but that’s pretty gag worthy, considering all those who suffered.

How does this happen? To the victor go the spoils! Think about that tired old saying. Here’s another: He who wins writes the history. That boils down to framing conflict so that the winner is clearly heralded the good guy (right or wrong, good or bad). While watching films created postwar or reading the dime novels of the same period, there is a concerted effort to replace historical fact with nationalistic propaganda. Thus, historical memory has eroded even for those who were there, because the mirrors that reflect personal history back to them skew the view.

For instance, one of the most common mistakes, the black uniform of the Nazi SS. There is nothing more iconic of the time. Its design is banned in Germany—you cannot bring one in either, and you won’t be making friends if you do, rightly so. The German people suffered egregiously under that administration, and we are still only learning about it now. All those bombings destroyed a lot of information, and people were so traumatized that they didn’t want to talk about it. And who would believe them if they did? Think about all the film reels, cartoons, and other media that were created to spin a tail of nationalist fervor that flooded all of Germany. Why it’s so believable is that to an extent it is true, but not so true there wasn’t resistance (The White Rose is but one group, and individuals also stood against the tide). Anyway, about that black uniform…This uniform was not the preferred dress of SS members in the SD, etc. at the midpoint of the war. Costume designers are dating their films without realizing it, since in 1942, Himmler ordered the black uniforms recalled and stripped of insignia (For a quick guide and further reading stop by the surprisingly informative and well cited Wiki on the topic of these uniforms: Uniforms and Insignia of the Schutzstaffel). 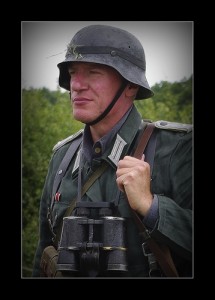 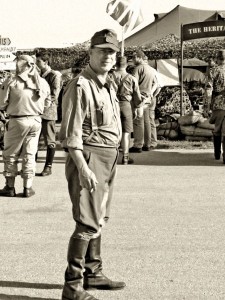 In the Kirkus Review, it was noted that I “[avoided] the trap of drawing the Nazi characters as cartoonish villains or goose-stepping stooges; Williams’ Nazis are real folks with all the foibles of ordinary people, making them that much more chilling.” It’s very easy to fall into that trap, because of what was being done to innocent people by the Nazi hierarchy. As stated above, many average Germans lost their lives attempting to put a stop to it. Yes, even more quietly looked away in terror of what could become of them if they stepped out of line. Today we see this same trap going on all over the world where regimes rule people by intimidation. The growing militant faction of the American Tea Party has all the smackings of Nazism, but the populace turns their cheek as they gain power in the Congress and the Senate, in the same fashion Germany fell under a dark cloak. Likewise, The Tea Party dismisses their fascism by accusing their scapegoat of being fascist, thus deflecting the focus away from their actions. Isis tapes murders and puts them on the media. Both sides of the conflict in Israel have done the same in an effort to gain favor of the West. Brutalization of women and gays throughout Africa make headlines. It’s very easy to just costume these folks and belittle them, but it teaches nothing about them or the situations which have caused the conflicts. Uniforms have meaning beyond the readily available dialogue. Penning Blue Honor was my first engagement with such detail. Due to the distance of the history and the factors affecting the war, I had far more license in which to maneuver. Uniforms of both federal and rebel make were often home spun. They included personal clothing items and accoutrements and the fancy styles were reserved for the moneyed class. In some cases, the close of a battle saw men stealing what they could off the bodies of fallen comrades and enemies alike. There was no uniform issuing from the government on either side, only descriptions of what was expected, more especially of the officers. The States that created the union had heretofore kept the Federal government starved and neutered for fear of tyranny from within. It came anyway. That aside, the story of the Civil War Era uniform tells the story of culture, individual soldiers and secular structure (perhaps even religious interests). Some might say that the color of the uniform isn’t that important, or that one shouldn’t worry about the buttons used, that the heart of the matter is what needs to be remembered. Yet, these trivialities are the heart of the matter. When any aspect of history is chipped away as unimportant, a line is drawn in the sand. The next historian who comes along gets to redraw that line, and it can take another chunk of what was previously believed to be important until nothing is left. As Carsten tells Claire, “remember who these men are.” It threatens her very existence to filter out details in how she sees them. When you lose respect, you lose proper perspective on value (as in quantifiable information), and thus underestimate the situation, or misunderstand it at best.

More importantly, we need to be reminded that a book or movie is art and not accuracy, even documentary film takes license due to budgets, bias and apathy. To watch films with such passive acceptance of that is how things were is dangerous to the historical memory of a people. Thanks to a surge in Living History venues, men and women are priding themselves on an accurate portrayal of the details in history, a very engaging way to interact with our human story. This raises the bar for both writers and directors of books and movies. Reenactors are out there and they will make it known that you failed on a point, and this could not only chip away at history but your credibility as a writer. 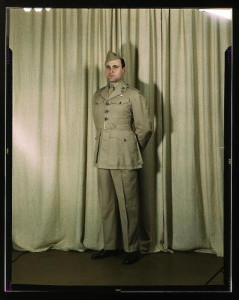 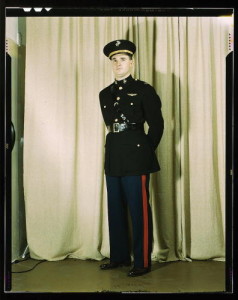 OP-DEC: Operation Deceit will be re-released on March 9, 2015 from Booktrope Publishing.

To learn more about K. Williams and her work, click on About K. Williams above. A blog tour featuring K will begin on March 16 and run until March 27 with Goddess Fish Promotions. You can win a copy of the book during the tour or from Goodreads.

Other work by K. Williams on the topic: